In A Broader Scale of Inquiry

The Xavier Laboratory at the Massachusetts General Hospital and Broad Institute focuses on systematic characterization of genetic variants to understand regulation of innate and adaptive immunity; chemical biology to control cellular disease phenotypes suggested by human genetics; molecular mechanisms to determine roles of the microbiome in health and disease; and development of computational approaches to uncover patterns of human and microbial pathway activation during disease and treatment.

CONGRATULATIONS! To Andrew Bolze and Sadie Gregory who have been accepted to medical school at the University of Michigan and Duke, respectively; to Reuben Cano also on his way to Duke where he has been accepted to the Medical Scientist Training Program (MD/PhD), and to Helen Lin who will be joining the UCLA Chemistry PhD program this Summer.  Our best wishes as you embark in this exciting new chapter in your career!  We will miss you and expect to hear great things from each of you! 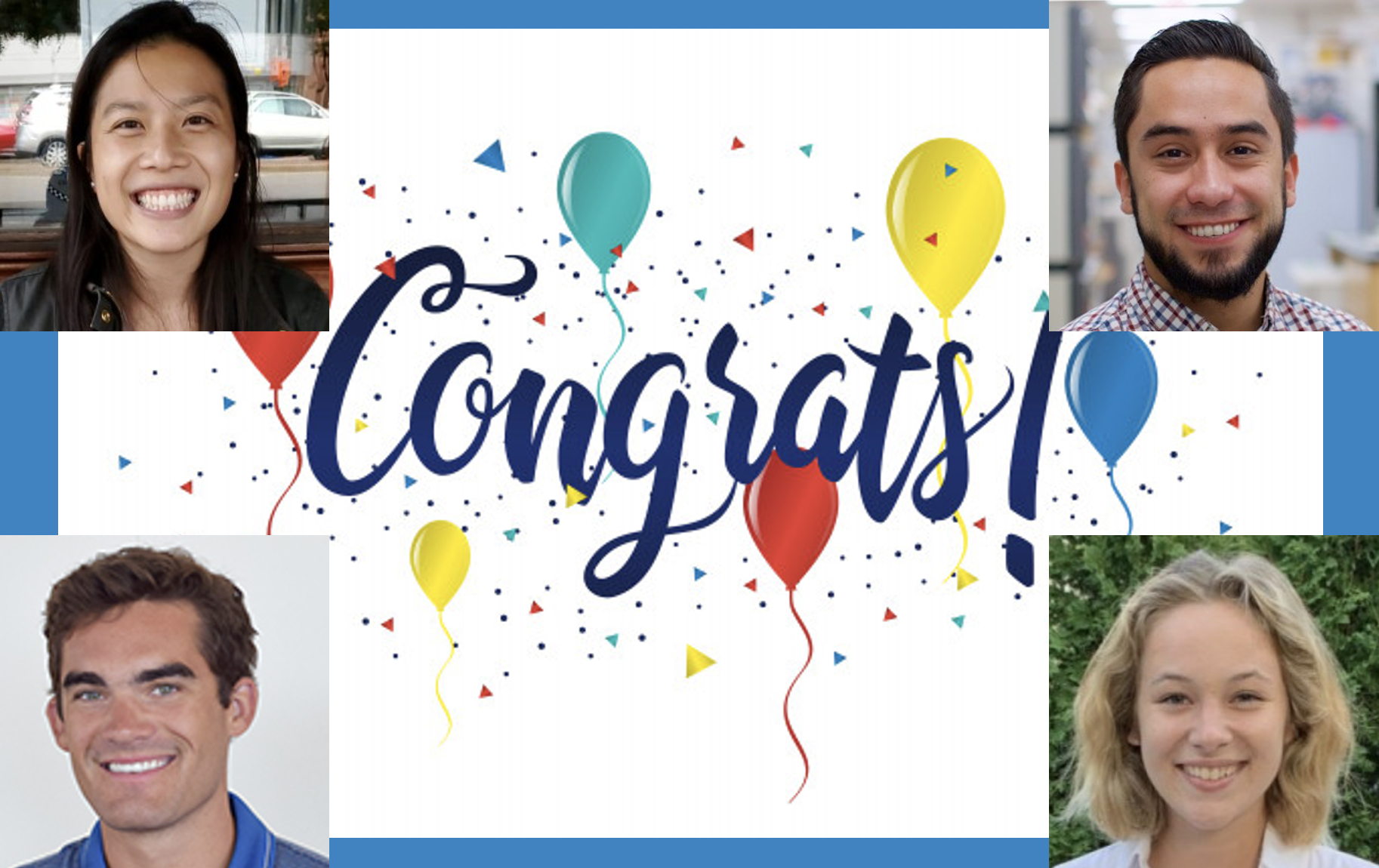 Recent awards. The Xavier lab has recently been awarded funding from FARE (Food Allergy Research & Education) and ASAP (Aligning Science Across Parkinson's) to support their work on understanding the role of neuroimmune interactions in allergen sensing pathways and Parkinson’s disease, respectively.

The enteric nervous system as a hub for intestinal and immune cell crosstalk.  Studying enteric neurons is a challenge because they are rare, fragile, and not easy to isolate from surrounding tissue. A team led by Ramnik Xavier and Aviv Regev devised two new methods to study the ENS in mice and humans at single-cell resolution: RAISIN RNA-seq and MIRACL-seq. Together, these techniques enabled the team to infer that neurons in the gut are communicating with a variety of other cell types, including immune cells. They also found that key genes associated with disease are expressed in the ENS.  Read more in a Broad news story.

Gut sphingolipids send signals about health and disease. Sphingolipids, a signaling molecule and structural component of both bacterial and mammalian cell membranes, play a central role in regulating inflammation, immunity, growth, and cell survival. To date, the specific roles of bacterial sphingolipids in regulating innate immunity or metabolism in the mammalian gut have been largely unknown. Reporting in Cell Host & Microbe, Eric Brown, Ramnik Xavier, Hera Vlamakis, Clary Clish and colleagues describe sphingolipid metabolite alterations in stool as a defining signature in inflammatory bowel disease in humans and further demonstrate in mice that bacterial sphingolipid production plays a significant role in the host’s gut health and disease.

Eavesdropping on gut gossip. The gut's intestinal stem cells (ISCs) "talk" to other cell types to help maintain a robust and healthy cellular community. In this week's Cell, Moshe Biton, Adam Haber, Noga Rogel, Aviv Regev, Ramnik Xavier, and colleagues dive into one such conversation, between ISCs and T helper (Th) cells. They found that some ISCs express MCH II (a surface complex that activates Th cells), while Th cells produce cytokines (chemical messages) that influence ISCs’ behavior. The crosstalk may help maintain the right balance of immune activity in the gut, as well as a hardy stem cell pool. Read more in a Broad news story.

Peptide presentation prognosticator produced. We don't fully understand the immune system's rules for determining whether a peptide from a bacterium and other source will 1) be presented to T cells, and 2) spark an immune response. To help bring new clarity, Dan Graham, Chengwei Luo, Ramnik Xavier, and colleagues profiled the "peptidome" of potential antigens bound to MHC class II (a protein complex that presents peptides to T cells) in mice. They used their data to build and train BOTA, a machine learning algorithm that predicts antigenic peptides based on bacterial whole genome data. Learn more in Nature Medicine and in a Broad news story. A comprehensive summary of the study can be found here.

Switching ON resistance. Diversity in bacterial populations promotes fitness and survival.  In a study to better understand phase variation, a process used by bacteria to introduce diversity, a team led by Xiaofang Jiang, Brantley Hall, Eric Alm and Ramnik Xavier reports in Science the development of an algorithm to survey bacterial genomes for invertible promoters that cause phase variation. From in vivo studies in humans, they observed these invertible promoters turn on and off at the beginning and end of antibiotic treatment, respectively, highlighting a mechanism that allows bacteria to be equipped and prepared for sudden environmental stresses. A full summary is available here.

In the News - from the NIH Director's blog. In his May 29, 2019 blog, Dr. Francis Collins highlights the latest finding from the Human Microbiome Project published in a landmark set of papers in Nature. One of the studies features the work of the Inflammatory Bowel Disease Multi’omics Data team led by Ramnik Xavier and Curtis Huttenhower. Their multi-omic approach offers the most comprehensive view to date of functional imbalances associated with changes in the microbiome during IBD flares.

Massachusetts General Hospital and its collaborating institutions are important destinations for world-class care for patients with IBD, allergic disease of the gut and autoimmunity. As part of the initiative to link bench and bedside, we invite patients to participate in research efforts by providing clinical samples to both basic and translational researchers. The Xavier lab participates in many such cohort-building efforts, such as PRISM, SHARE, 500FG, and others. Insights from patient samples have led to advances in our understanding of both genetic and environmental risk factors for IBD and autoimmune disorders, responses to treatment, and the role of the microbiome in IBD and autoimmunity.

The immune system is implicated in a vast array of diseases along a spectrum of hyperinflammatory, hyperimmune, and autoimmune states. Among these diseases, inflammatory bowel diseases (IBDs), comprising Crohn’s disease and ulcerative colitis, are of particular interest in our lab. More than a million individuals in the United States have a form of IBD. These diseases have no known cause, but significant progress is underway in understanding the underlying mechanisms of these disorders. Our current model of IBD is based on a combination of increased genetic risk and an immune system that overreacts to environmental and microbial stresses.

To uncover basic mechanisms of IBD that can be used to develop treatment, our research takes three general and complementary approaches: using insights from human genetics to understand the biological mechanisms underlying disease, using genetic and chemical screens to identify the function of genes implicated in IBD risk, and gathering primary data from patients themselves. These approaches are guided by the lab’s central philosophy, which is to understand compelling biological and clinical questions, and drive innovation through development, optimization, and adaptation of new technologies.

Dr. Xavier is also a leader in the Broad Institute’s efforts to sequence thousands of exomes of IBD patients and healthy individuals in a project funded by the Helmsley Trust.

Among complex diseases, genetics has been particularly successful in the identification of genes/genetic loci associated with risk of IBD. With this rapid progress, however, it has become clear that a major challenge in the study of complex genetic traits is to determine how disease genes and their corresponding alleles exert their influence on the biology of health and disease. Our working model is that alleles associated with predisposition to IBD — and more importantly, protection from IBD — will identify key pathways in the pathogenesis of IBD. We propose that defining these pathways will provide new insights into each disease state.

In research driven by insights from human genetics, we use functional genomics to discover and understand the function of important mediators and effectors involved in innate and adaptive immunity.

To this end, we are pursuing integrative systems approaches that closely couple genome-wide experimentation with high-throughput assays, chemical biology, and computational methods. Using these techniques, we are interested in understanding the role of regulatory circuits in mucosal immunity, in particular using (1) insights from human genetics and whole-genome sequencing to understand regulatory mechanisms in innate and adaptive immunity, (2) chemical approaches to controlling cellular disease phenotypes suggested by human genetics, and (3) harnessing computational approaches to uncover both broad and precise patterns of pathway activation in the context of disease and treatment.

One approach to discovering the key mediators of innate and adaptive immunity focuses on defining immune-related genes and placing them in their proper pathways. Current areas of focus using this approach are studies of (1) autophagy (Lassen et al., 2014), (2) host defense and the inflammatory response (Conway et al., 2012), and (3) tolerance and regulatory cells (Khor et al., 2015, recently highlighted in Nature Immunology and selected as an “Editors’ Choice” by Science Translational Medicine).

We use the power of computational biology to uncover patterns in complex pathway analysis, as well as to integrate multiple ’omics data types to decipher human disease.

The goal of the microbiome program in the Xavier lab is to use informatics to understand the function of the human microbiome in health and disease. We are particularly interested in identifying microbial small molecules with immunomodulatory activities and to characterize their mechanisms of immune modulation.

Commensal gut microbiota are both ecologically and functionally perturbed during immune-mediated diseases such as inflammatory bowel diseases (IBD) and type 1 diabetes (T1D). Using these diseases as models for understanding the human microbiome’s role in complex inflammatory disease, our recent studies have characterized the microbiome of treatment-naïve Crohn’s disease, and identified trends in the development of the human infant gut microbiome along with specific alterations that precede T1D onset and distinguish T1D progressors from nonprogressors.

QRICH1 dictates the outcome of ER stress through transcriptional control of proteostasis.

The Human and Mouse Enteric Nervous System at Single-Cell Resolution.

Intra- and Inter-cellular Rewiring of the Human Colon during Ulcerative Colitis.

Multi-omics of the gut microbial ecosystem in inflammatory bowel diseases.

The human gut microbiome in early-onset type 1 diabetes from the TEDDY study.

Antigen discovery and specification of immunodominance hierarchies for MHCII-restricted epitopes.

C1orf106 is a colitis risk gene that regulates stability of epithelial adherens junctions.

A single-cell survey of the small intestinal epithelium.

Variation in Microbiome LPS Immunogenicity Contributes to Autoimmunity in Humans.