In A Broader Scale of Inquiry 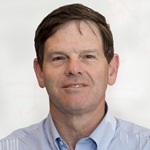 The Freeman laboratory’s research centers on the role of lipid transport mechanisms, particularly into and out of macrophages, and the contribution those processes make to human disease. The emphasis has historically been on atherosclerosis. Atherosclerosis manifests as coronary artery disease as well as peripheral vascular disease and these two vascular disorders account for much of the morbidity and mortality associated with diabetes. At the same time, diabetes is a major risk factor for the development of accelerated atherosclerosis. The macrophage plays a critical role in the initiation of atherosclerotic plaques and increasing evidence suggests that macrophages also contribute to complex lesion development and plaque rupture. Genetically engineered mice are employed by our laboratory to examine the role of macrophage receptors that bind modified forms of lipoproteins, leading to atherosclerotic foam cell formation. As glycated lipoproteins have also recently been demonstrated to bind to these macrophage scavenger receptors, their role in diabetic atherosclerosis may be significant. LDL receptor deficient and apo E deficient mice in the C57/BL6 background form atherosclerotic lesions in the proximal aorta that share many characteristics of human atheroma. Early foam cell lesions followed by the development of complex, calcific plaques are generated in these animals. Recent studies have been examining the following questions:

Is scavenger receptor uptake of modified lipoproteins essential for lesion formation and progression? This issue is addressed through the generation of mice lacking the two major scavenger receptors known to be expressed in atherosclerotic lesions (i.e., SR-A, and CD 36). Knock-outs for both receptors are in hand and our initial work has indicated that while the receptors are not required for foam cells to form in hyperlipidemic mice, they do appear to contribute to the inflammatory and apoptotic responses that are generated in the artery wall of the animals. We also recently identified an important role for the innate immunity signaling pathways that link through the toll receptor adaptor molecule known as MyD88 and work is ongoing to explore the role of these pathways in atherosclerosis. Finally, lipid egress mechanisms are being examined through a detailed structure/function analysis of ABCA1 and other members of the A class of ABC transporters and through this work we have identified major lipid transport functions that affect skin integrity and respiratory function.

Dr. Freeman graduated from Harvard College and received his M.D. at the University of California, San Francisco in 1979. He served as an intern, resident, and endocrinology fellow in the Department of Medicine at the Massachusetts General Hospital and was Chief Resident in Medicine at the MGH in 1985. Following clinical training, he worked as a post-doctoral research fellow in the Biology Department of the Massachusetts Institute of Technology before returning to the MGH to head the Cardiovascular Health Center. He became Chief of the Lipid Metabolism Unit at the MGH in 1992.

Mason’s research work has centered on the role of macrophages in atherosclerosis with particular interest in the trafficking of lipids through these cells. While at MIT, he and his colleagues cloned the first macrophage scavenger receptor. Over the years, his lab has studied the mechanisms of atherosclerotic foam cell formation and the impact of lipids on activation of vascular inflammatory responses. The lab has also made fundamental contributions to our understanding of reverse cholesterol transport via its work on the topology and biochemistry of the ABCA1 transporter, mutations in which cause Tangier disease. In the last two years, the lab has expanded its interest to the other ABCA transporters, all of which appear to play a role in cellular lipid trafficking.

Mason remains clinically active, teaching medical students, residents, and endocrine fellows rotating through the MGH clinical services and he continues to direct the MGH Lipid Clinic that he founded in 1986.

A 96-Week Multinational Randomized Double-Blind Parallel-Group Clinical Trial Evaluating the Safety and Effectiveness of Bexagliflozin as a Monotherapy for Adults with Type 2 Diabetes.

A 24-week, randomized, double-blind, active-controlled clinical trial comparing bexagliflozin to sitagliptin as an adjunct to metformin for the treatment of type 2 diabetes in adults.

Safety and Effectiveness of Bexagliflozin in Patients With Type 2 Diabetes Mellitus and Stage 3a/3b CKD.

Effect of Patiromer on Serum Potassium Level in Patients With Hyperkalemia and Diabetic Kidney Disease: The AMETHYST-DN Randomized Clinical Trial.

Future Translational Applications From the Contemporary Genomics Era: A Scientific Statement From the American Heart Association.

The path from bench to bedside: considerations before starting the journey.